There have been many attempts to describe the complex roles and responsibilities of each member of a rugby team and the dynamic interactions that take place on and off the pitch. Many of these past attempts have been accurate, many have been precise, and many have been humorous. Most give entirely too much credit to the position the author used to play at, despite their best intentions. The following is one possible breakdown of the different positions on a rugby pitch. It is intended for educational as well as entertainment purposes. If you are new to Rugby, you may be better off reading Wikipedia for a more sterile explanation.

The fullback’s status as a rugby player is questionable as he spends the majority of the game spectating from afar. In fact, this personality continues off the field; at post game functions, he is often seen drinking by himself in the corner. The full back is the last outpost. Needs to be Calm, collected, reliable under the high ball, with a solid defence but more often than not is an absolute risk under the high ball, with suspect defence, and will often borrow hair products from the centres after the game. 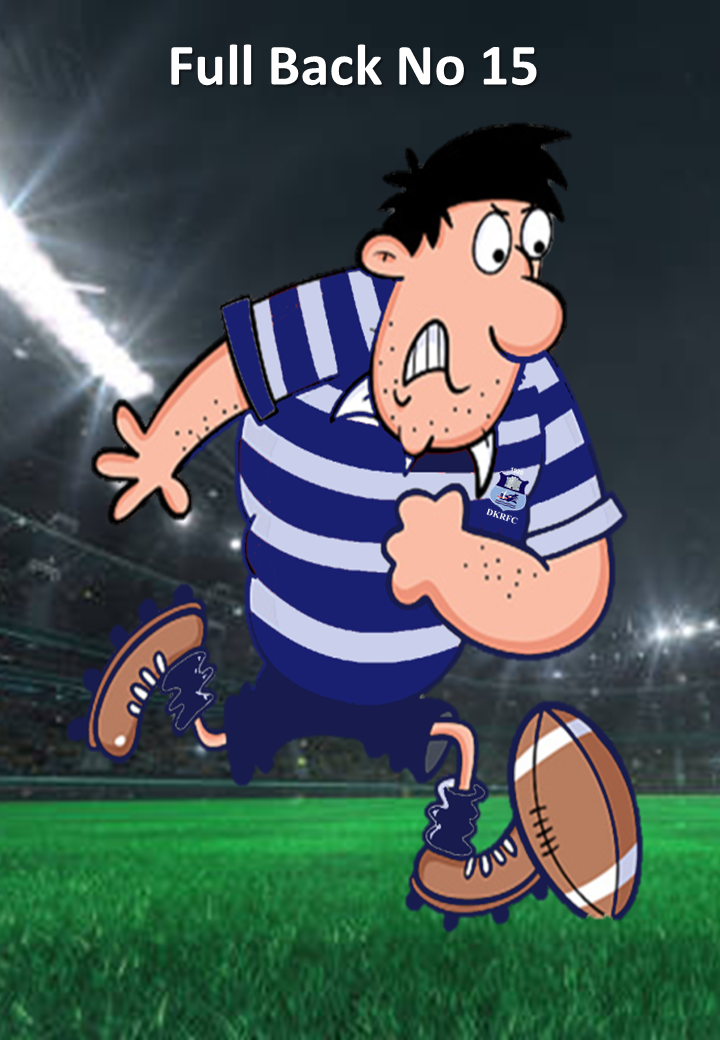 For a winger to get the ball, almost every single other member of the team needs to have done something right and they all need to have done it consecutively. This happens almost as rarely as winning the lottery, so poor wingers need to wrap up their delicate frame in layers of Lycra, goose fat and fleece and hope that the referee’s final whistle blows before their fingers and toes snap off. Their bright boots remind us they’re there sometimes. 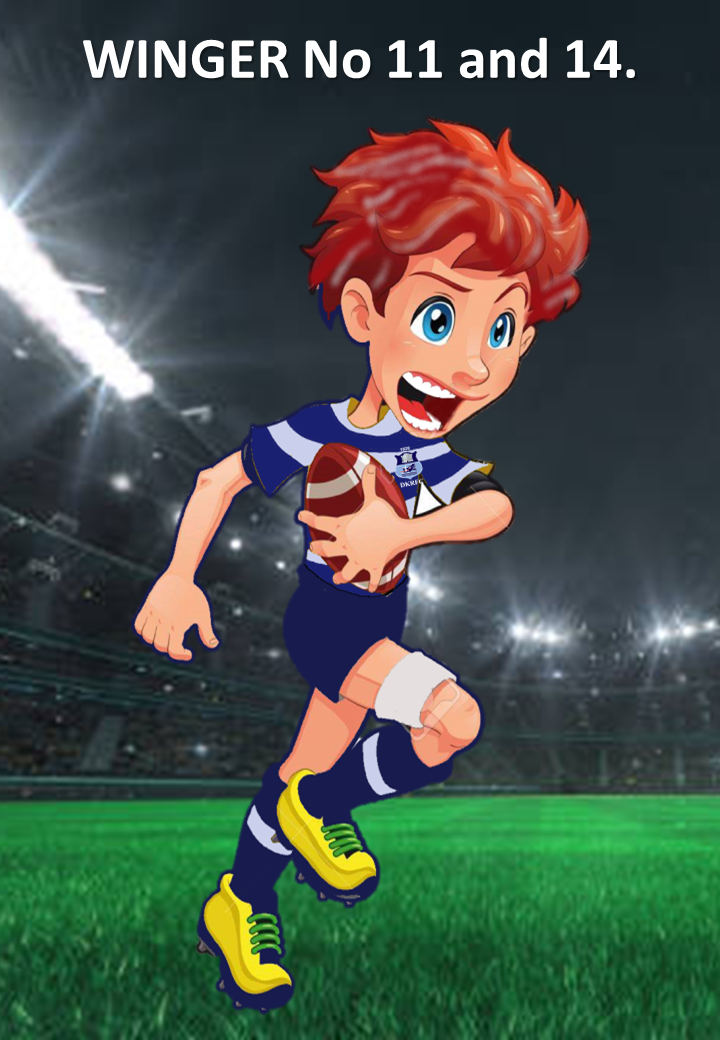 Usually come in two varieties – hard charger or flitting fairy. The hard charger is the one to acquire as he will announce his presence in a game with the authority rarely found above #8. The flitting fairy is regrettably more common and will usually attempt to avoid contact at all costs. The flitting fairy is also only one good smack away from bursting into tears and leaving the pitch to cry on the shoulder of his inevitable girlfriend. Both types will have extensive collections of hair care products in their kit bags and will be among the best dressed at the post-game festivities. They are also the best looking, most dynamic players on the pitch and are usually the player most used for publicity pictures! (Guess which position I played! :) 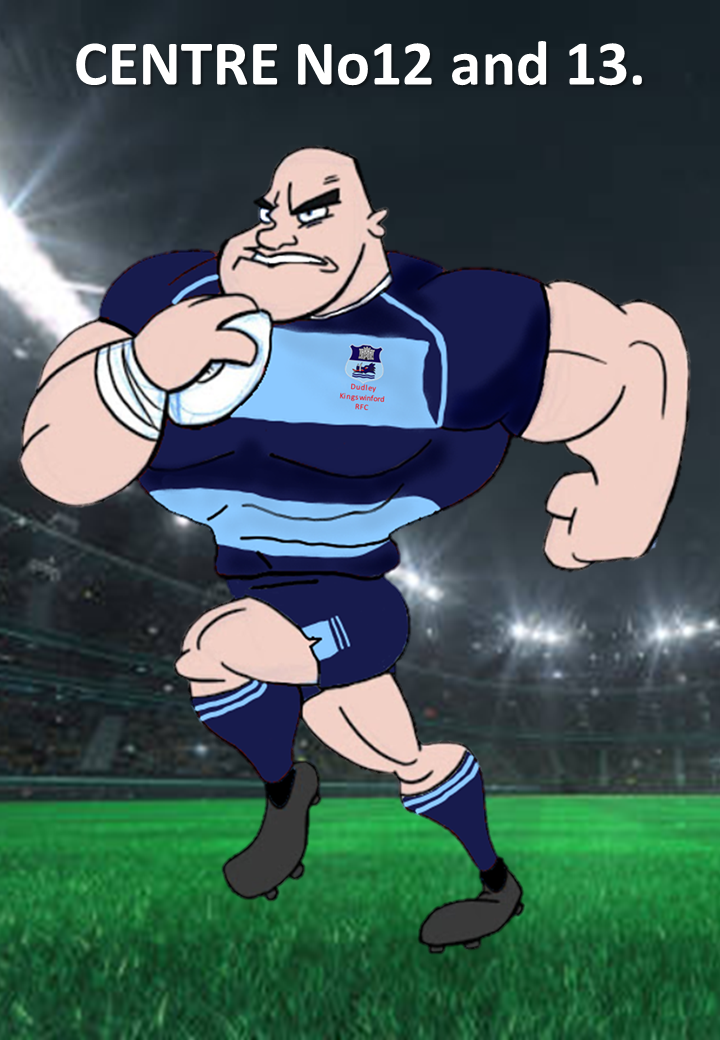 Backs start at number nine with a strange hybrid called the scrum-half. This is a tiny chap with a big voice and some serious issues. Ideally here you are looking for someone with a severe Napoleon complex so that he can bark orders at the forwards without fear. He is like those small yappy dogs that seem to think they are huge Alsatians. 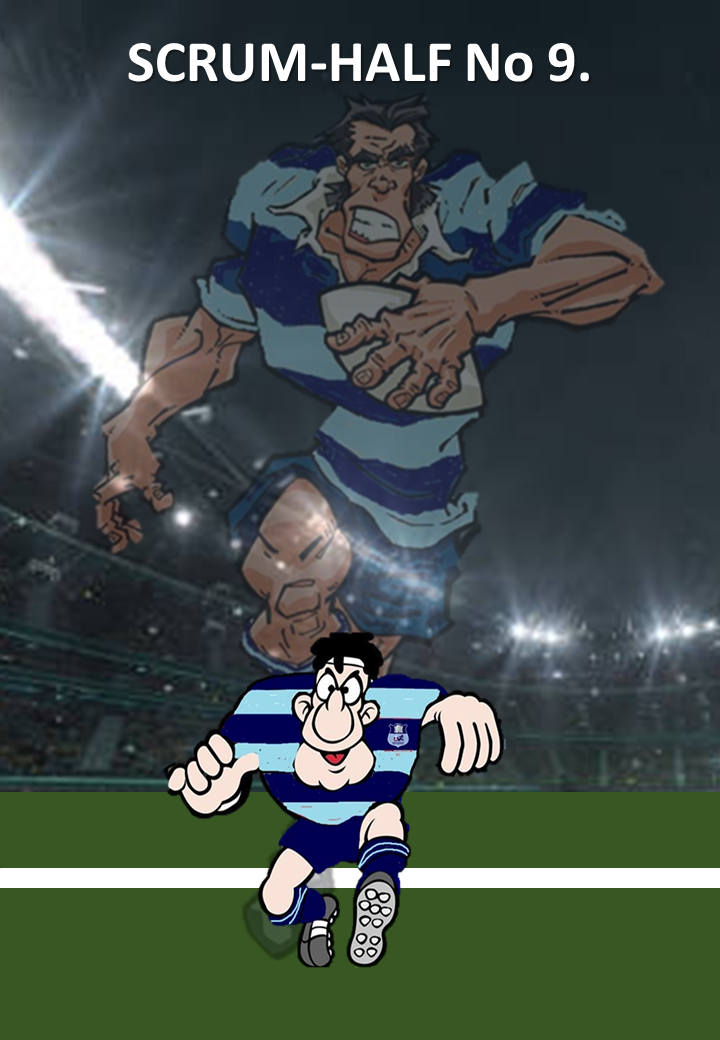 If you have highlights in your hair and practice your dance moves, you’re a #10. Primary role is the leader of the backs – a dubious honour at best. Main responsibilities as far as I can tell is ability to throw the ball over people’s heads and to provide something soft for opposing back rowers to land on. While some may argue that these players must be protected, I find it hard to support anyone whose foot touches a rugby ball on purpose and so often. 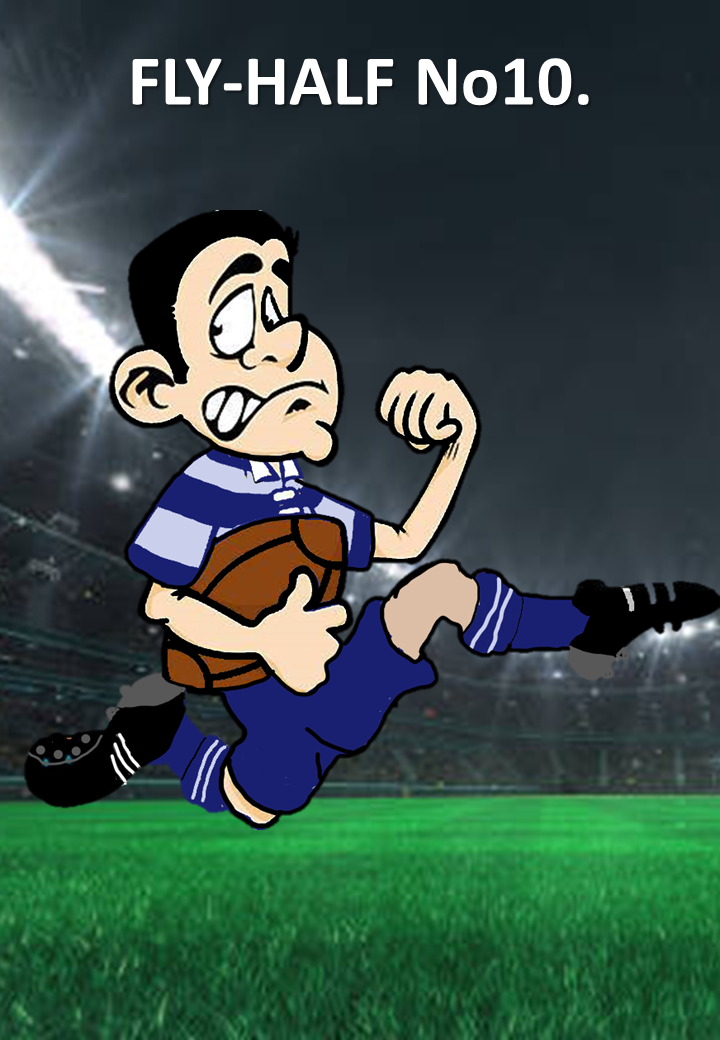 Without a doubt the manliest men on the pitch. Large, often hairy, beer-swilling carnivores that can and will smash anything in their path. Accused by some of simply being dumb, I prefer to think of this group as “open to unconventional ways of thinking”. 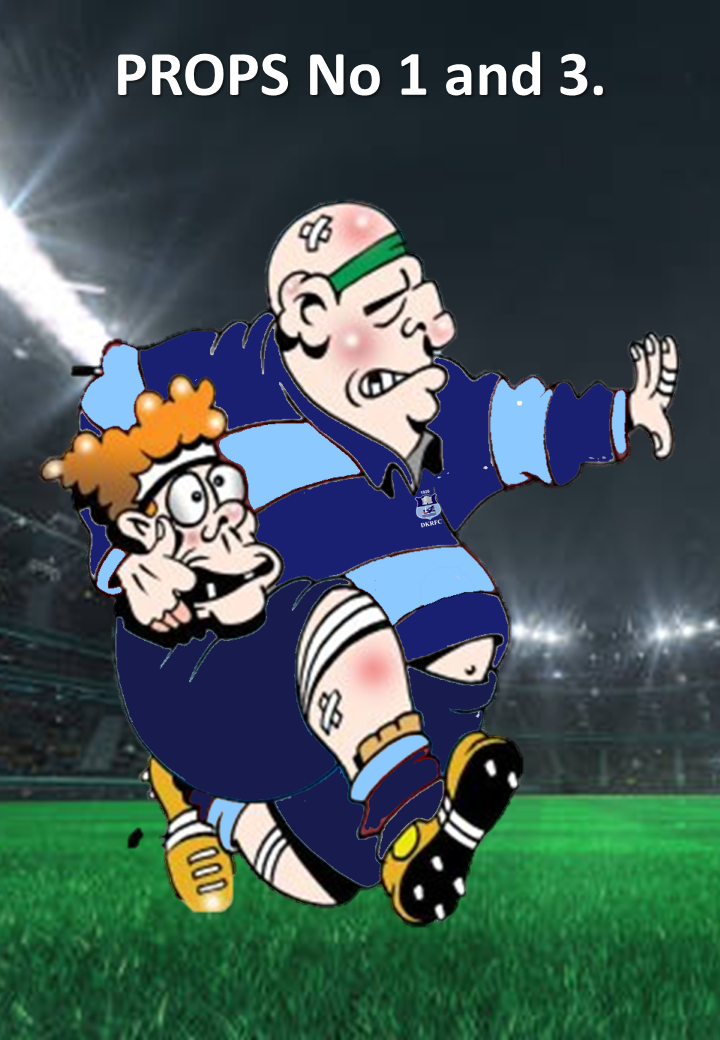 Yes, I know the name is a bit silly, but believe me, it becomes these guys. He is slightly smaller than a prop, but twice as aggressive. The result is that they are highly frustrated and tends to give away penalties. Fortunately, they don’t have to hook the ball in the scrums anymore, since it is put in underneath the feet of the locks anyway. 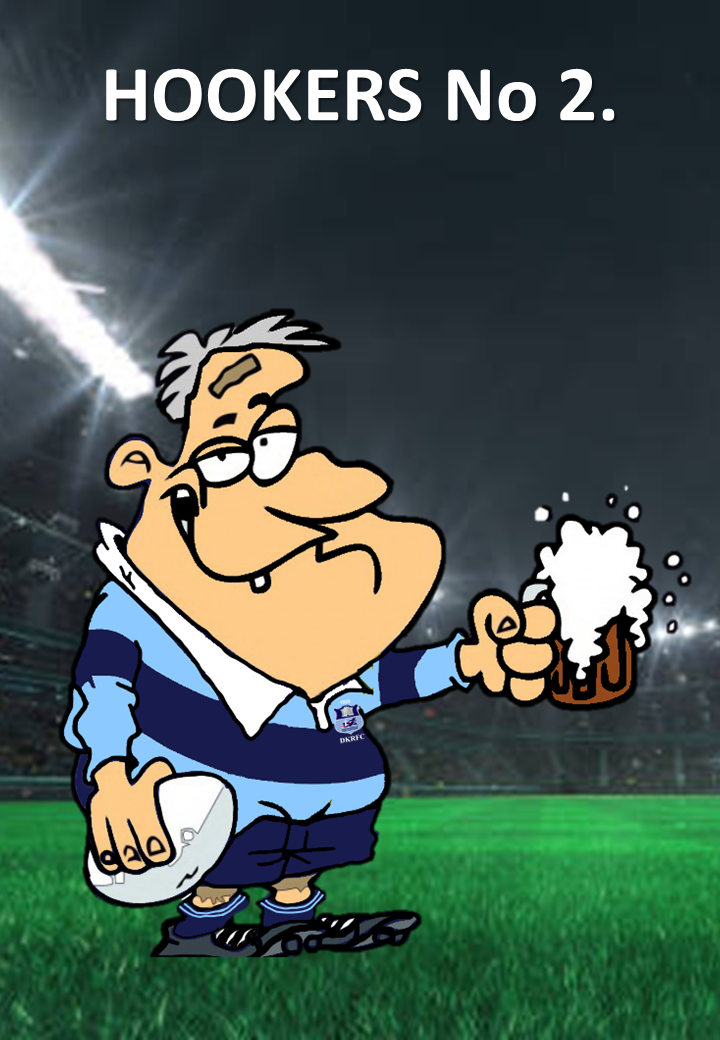 This group of large brutes who are more than willing to relish the finer points of stomping on a fallen opponent’s body and will gleefully recount the tale ad infinitum. While they tend to take the tag “Powerhouse of the Scrum” a little too seriously, they can be useful if inured with the proper hatred of their fellow man. Members of this proud fraternity like to think of themselves as “open to unconventional ways of thinking” – they are usually just a bit slow. Nowadays they are built like high jumpers, with the difference being they can’t jump. It’s not really necessary, because they are lifted by teammates now. 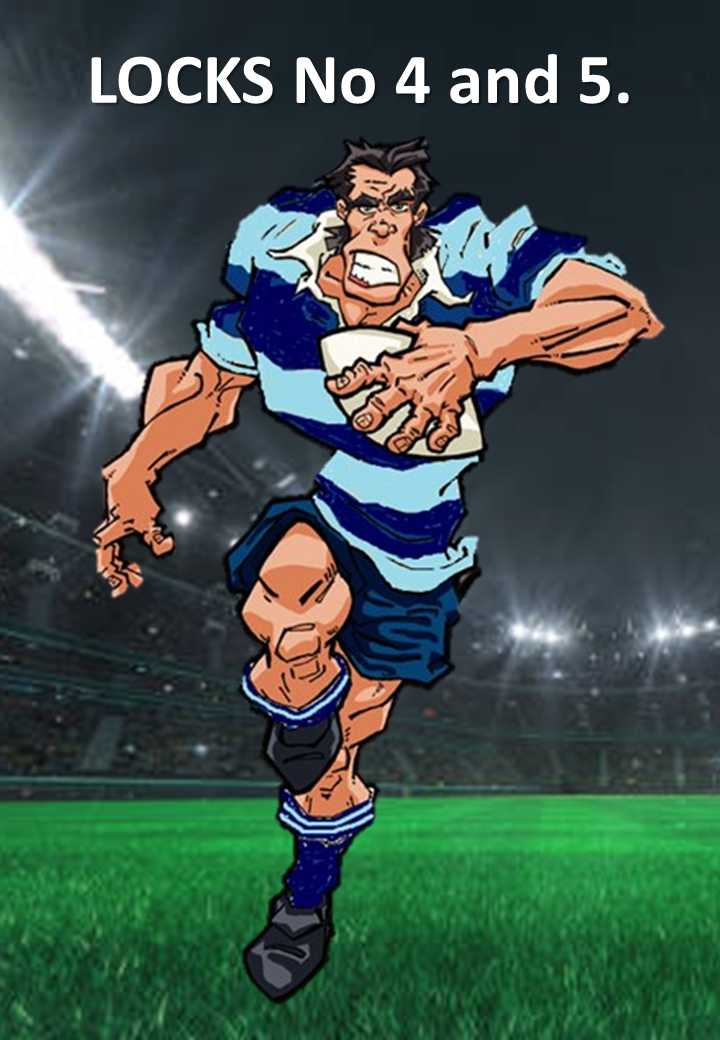 These individuals are well known to be gentlemen off the pitch, but as soon as they step onto the pitch they become animals, tackling anyone who comes near them, and often starting fights. By far the biggest drinkers – especially Guinness. 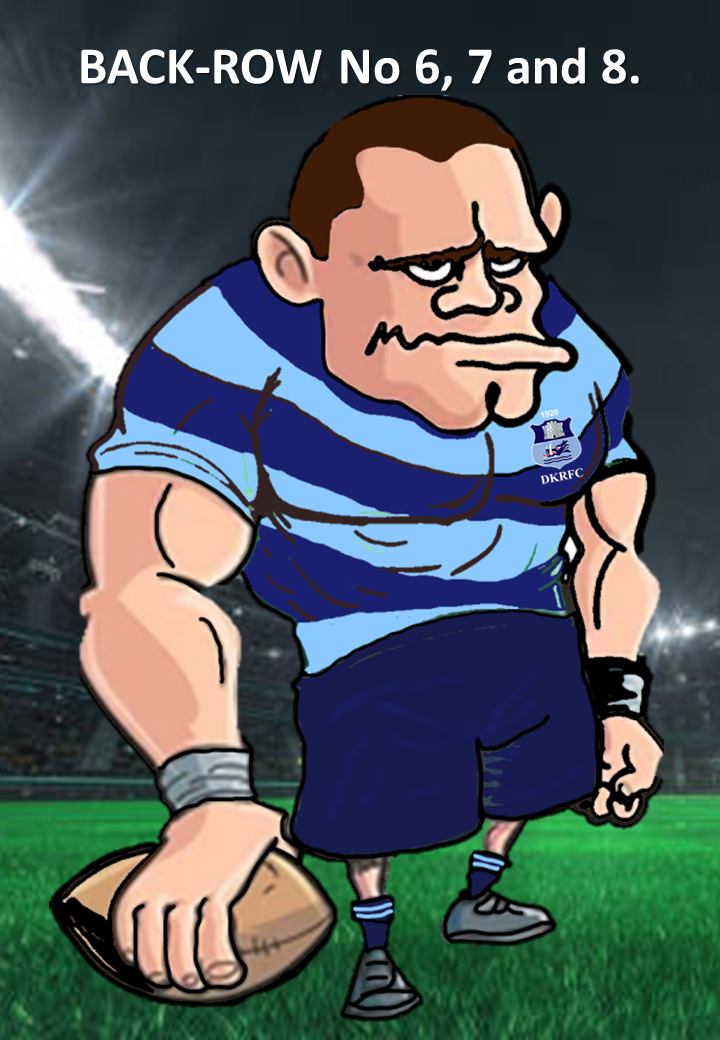